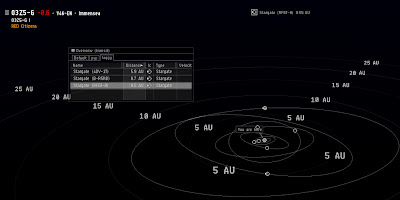 After weeks of getting lost in null-sec space (Querious region) i'm finally getting the hang of things here...I've noticed my "unique skill set" is badly needed around here: Most FCs in this alliance don't have good intel on regular enemy gangs that roam our territory. I think it's the problem of "intel channels" where a smattering of rote messages really doesn't convey context at all.

Anyways, i finally got involved in a fleet fight out side of my experience with ACE--
[killboard of engagement]
first battle experience flying in logistics team. I learned some valuable lessons the hard way, in a battle that we couldn't win. We did a "leeroy jenkins" onto a gate held by an overwhelming force preventing our escape after we tried to attack a station coming out of reinforced mode in B-R5RB. The friendlies seen in the killmail were the force that arrived not 10 minutes later and chased the bad guys away...if only our fleet commander had kept his cool just a little bit longer we would have all made it out alive from O3Z5-G

Problem is our gang wasn't big enough, since my logistics team was only 3 others and i was voted squad commander. My biggest problem was misunderstanding the final order for "logi to warp in at 30km" and "get on your anchor" since i ended up approaching the FC...it really didn't matter much in the long run against such odds and their fits were for sniper anyways.
A friend in "ACE-- public" told me that the best logistic pilots

"the 30 km is so you can orbit, without being bumped, and so you can warp out with out bumping. Anchor orbit, 5-20 km, depending on what your doing, and where at. Might be a bit more or less. Have a logi channel to sort out the who to cap chain with. Normally you get the guy above & below. ﻿﻿your job is the send cap down to the person below you, and keep the guy above you alive, since he is sending you cap. Use the watch list to track your anchor, orbit always and the next one is your cap buddy and the third is the guy sending you cap"

Anyways, to start from the beginning we formed up to hit a structure in red alliance territory and after getting promises for 6 logi and more than 30 geddons we left with half that amount. We got to O3Z5-G but never made it out of there. Our target system was "a bridge too far" as russians were blocking our exit, although thankfully they weren't probing us down. Why thankfully? well, it turns out our recon/intel/tackler team couldn't pour piss out of a boot without printed instructed on the heel. To add insult to injury, the only one talking on teamspeak was our FC and even fleet chat was empty of intel reports or "roger/copy that"
Sadly, this was the day i decided to switch my microphone program to my backup computer and i kept trying to use my main keyboard to key in to talk. ouch.

If it was one of IHaveTenFinger's fleets we would have never hired complete morons nor people whose command of english was poor. Not to mention firing anyone so incompetent they didn't know what "rolling SS" nor "ping/warpin points" were. We had recon ships and tacklers loitering with our Battleships/Logistics group like doofuses.

"do the align+mwd+cloak in the direction that makes him turn the most that also takes the least amount of align time on your part. Perpendicular is better then making him turn 180 dergess if you get into warp faster. If you have nothing to align to for a warp out, he gets the align time working for him so pick your warp out, then wait till he is furthat away ,or his heading is away, then do the warp, mwd then cloak. Make a ss that has NO aligning needed, if your going to run the route a lot, and keep your people n places open so your not right clicking space trying to get out. Then you right click warp to ss, hit mwd then cloak or cloak + mwd; cloak then mwd, since you get a free cycle"

in other news, i'm getting my alt CEO in ordo ministorum to unlock all my bpos in Kourmonen so i can get them organized again. I'd gone inactive for a long time and when your corporate office can't pay bills everything gets put into 'impounded' and when you rerent the office everything gets shoved into 'division 1 hangar' which sucks if they're all locked down. there's 5 research stations in there and i have every single tech1 blueprint original (although only ship bpos up to cruiser) lying around. So, yeah, alot of 'voting' and waiting 24hrs to enable unlock using my CEO. 'Shares' in eve are a total pain in the ass.

Posted by MinorFreak at 3:02 AM No comments: