Never attribute to malice that which is adequately explained by stupidity.  Hanlon's Razor

Ever run into the type of player who thinks he knows everything and can't be bothered with your friendly advice, or at least your attempts to figure out how much of eve's mysteries he's actually uncovered? The kind that always gets wardecced, or suicide ganked, or corp thieved, or scammed...or really any other sort of half-assed greedy lazy way to play this sci-fi mmog.  This is the sort of person who avoids risk and expects others to carry the ball. This also includes the type of amateur griefer who doesn't learn any finesse because the loopholes built into the game make his job so easy a retard with a potato gun could harm an equally amateurish corp.

It's funny that these people are so risk-averse, so blatantly dramatic about admitting their tactical mistakes (yet blind to their many strategic blindspots), yet their egos are so very overweened. Ironic i suppose.

This is exactly the mindset of CCP. These people have a 'vision' and it's very very important everyone knows about it cuz that's their selling point, yet it's merely a trite platitude they believe in. They've never had a coherent vision for this game, and likely never will. Their incoherent vision for this game is to make griefing so easy, so prevalent, that anyone can do it without half trying.  I suppose that would be an okay thing for a mmog, if all things were equal. except, they're not. In fact, the very last thing you want to do is actively attract killer types.


By nurturing explorers using software means (ie. giving the game great depth or "mystique", or encouraging non-explorers to dabble for a while by regularly adding new areas and features), the overall population of explorers will gradually rise, and the killer population will be held in check by them. The killers who remain do exert an influence on the number of socialisers, sufficient to stop them from going into fast-breeder mode, but insufficient to initiate an exodus. Achievers are set upon by killers often enough to feel that their achievements in the game have meaning. This is perhaps the most balanced form of MUD, since players can change their position on the interest graph far more freely: achievers can become explorers, explorers can become socialisers, socialisers can become achievers - all without sacrificing stability. However, actually attaining that stability in the first place is very difficult indeed; it requires not only a level of game design beyond what most MUDs can draw on, but time and player management skills that aren't usually available to MUD administrators. Furthermore, the administrators need to recognise that they are aiming for a player mix of this kind in advance, because the chances of its occurring accidentally are slim. Richard Bartle

Thankfully, i think it's more a case of CCP so incompetent at understanding the social aspects of eve (like, you know, how we as players learn to adapt to eve's inhospitable social engine) that i doubt it's deliberately ignored...The CSM has been dominated by null sec alliances all too happy to downplay this 'corporate' aspect of eve (i shudder to think what may come of that fanfest graphic flowchart) 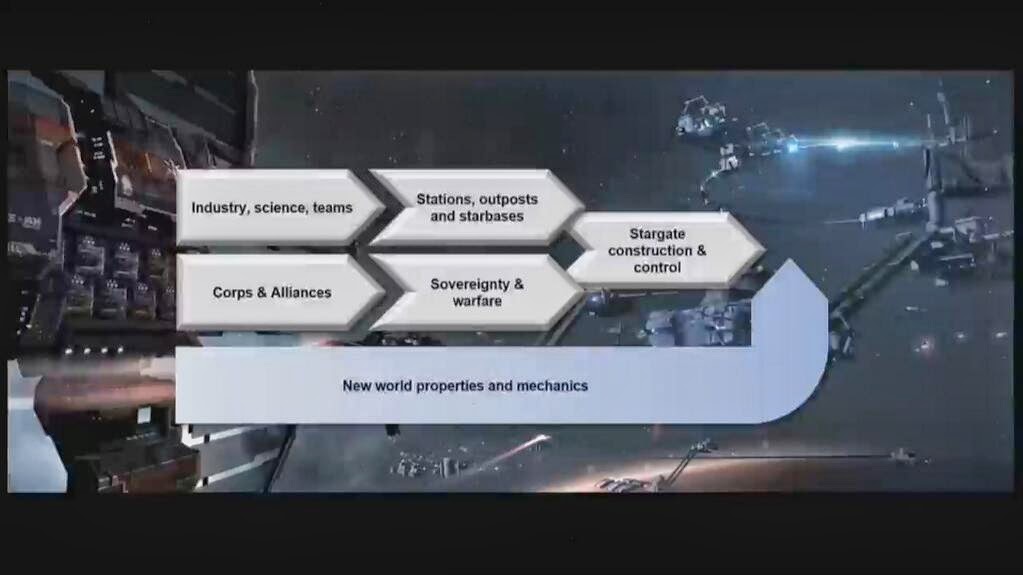 Posted by MinorFreak at 8:54 PM